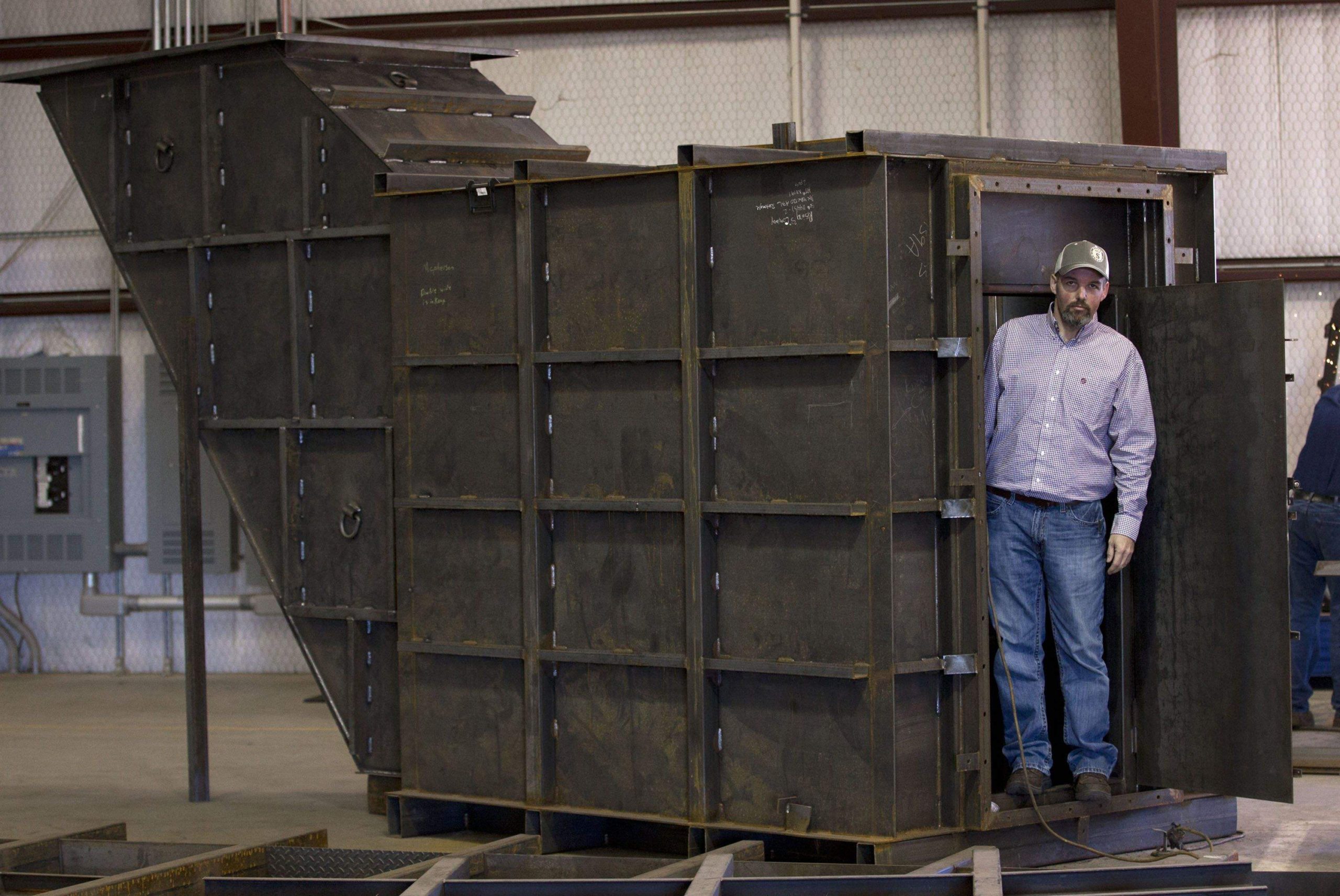 Meteor. Nuclear war. Alien invasion. However it happens, according to the Mayan calendar, this year may be our last on Earth. The Mayan calendar ends Dec. 21, 2012, and some predict that may be the end — period. Whether you believe it or not, many people are taking this prediction to heart.

A new reality TV show called “Doomsday Preppers” (“preppers” refers to people preparing for the end) features people who seek ways to survive after an apocalyptic event. Beyond digging a root cellar with a few bottles of water, a flashlight and canned food, these preppers go all out.

One man hired a company to build a $450,000, 1,200-square-foot underground house, complete with a fully functioning bathroom, kitchen and living area, and enough food to keep him, his wife and two kids fed for six months. The bullet- and blast-proof door to the underground haven cost more than $8,000.

This high-dollar prepper is not alone. Sales of such luxury doomsday bunkers are up 1,000 percent for some builders since the Japanese earthquake and tsunami in March 2011, according to CNN.

Jerry Davies, a spokesman for Farmers Insurance, says: “You can insure bomb shelters as part of a dwelling. It would be similar to a basement or a safe room, just more elaborate.”

However, the more elaborate a bomb shelter is, the harder it becomes to insure, Davies says.

“Since homeowners should insure their underground fortress for the cost to replace it if it was damaged, determining replacement costs may be a challenge if you’re using materials not normally used in building a home.” Example: a bomb-proof door.

In many cases, these underground homes are not simply add-ons to a primary residence but are built on a separate plot. In fact, people often don’t build the homes anywhere near their current houses. For example, a prepper who lives on a coast may build an inland underground home in case a tsunami hits.

If the bomb shelter is on the same property as the primary residence, it can be insured as a separate structure on your existing homeowner’s insurance policy, Davies says. But if it’s away from your traditional home, a separate policy probably will be needed.

Vandalism and earthquakes, oh my!

Preppers don’t divulge the locations of their hidden bunkers, but occasionally someone will stumble upon an out-of-the-way shelter. Even if a stranger can’t enter a bunker, expensive power equipment outside can be enticing to a thief, as one prepper found out when his generator was yanked from its underground hole.

“Normally, a generator attached to the home would be covered for theft, assuming the homeowner was occupying the dwelling,” says Robert Freitag, founder of AmeriClaims Inc., which represents policyholders in the claims-adjusting process. “If the home is furnished, it’s usually considered occupied.”

If the home is vacant, however, theft might be excluded and the generator probably wouldn’t not be covered, Freitag says. In the case of a vacant home, you’d need to add a “vacancy endorsement” to your policy to make sure theft is covered.

And what happens if an earthquake or flood hits your end-of-the-world shelter? You’d need to have separate earthquake and flood insurance coverage. Standard home insurance policies don’t cover those disasters.

If you hunker down in your bomb shelter and manage to survive an apocalyptic attack, being able to collect insurance money — if your insurance company is still around — depends on the cause, says Loretta Worters, a spokeswoman for the Insurance Information Institute.

A standard home insurance policy does cover damage to your home and personal possessions resulting from acts of terrorism, although the word “terrorism” won’t appear in your policy. The policy pays for damage done by explosions, fire and smoke — “the likely causes of damage in a terrorist attack,” Worters says.