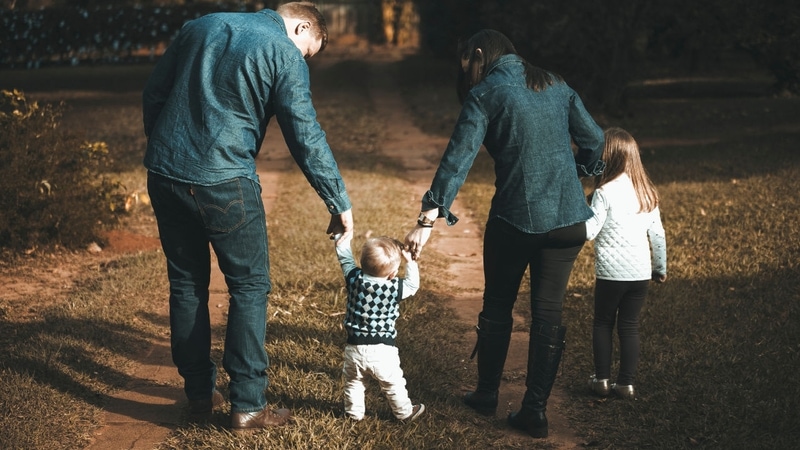 Whodunit? The husband, for the insurance money!

Is your spouse trying to kill you for the insurance money?

Let’s hope not. But if s/he is, s/he wouldn’t be the first to attempt such a heinous crime.

It’s hard to know how often people get away with “offing” their spouses or family members for the insurance money, but a quick Google search reveals that quite a few would-be beneficiaries get caught and tossed in the clink, goosing the ratings of CourtTV in the process.

The creepy thing about life insurance is that it creates a rather undesirable situation in which other people stand to benefit monetarily from your death. In the presence of the wrong people, your life insurance policy becomes, in effect, a bounty on your head.

Life-insurance-related murder is the most insidious form of insurance fraud, which is any kind of lying—staged accidents, calculated omission, willful negligence—in order to obtain payment from an insurer.

Though it must be said that the guy who burns down houses and collects from insurers is a saint next to these two ladies, who preyed upon two homeless men by setting them up with insurance policies and then killing them.

Perhaps the creepiest case of life-insurance-related murder: Olga Rutterschmidt and Helen Golay, both in their 70s, killed two homeless men, setting them up with insurance policies, drugging them and running them over with their car.

With each murder, Rutterschmidt and Golay won the victim’s trust, even putting them each up in apartments. Then they forged life insurance applications and waited (to avoid rousing suspicion from insurers when it came time to cash in).

McDavid and Vados were each found dead in alleys after being drugged and run over.

Police suspicion mounted when they observed the similarities between murders: both cases appeared to be hit and runs, and both men were claimed by strange elderly women.

When this case became public knowledge, in 2006, we followed it with morbid curiosity on the InsureMe Agent Blog. The two elderly ladies were found guilty in the spring of 2008 and are serving life sentences in federal prison.

Murder and the Law

According to Prof. Bill Long, a legal consultant and prolific web essayist, “under the common law, a person who ‘feloniously and intentionally’ killed another is barred from receiving the proceeds of a life insurance policy on the victim.” Makes sense …

“But what was interesting about the CL rule,” Long says on his Web site, DrBillLong.com, “is that it didn’t require conviction of the crime to bar recovery … the civil standard of liability rather than the criminal standard of guilt is what is required.” In other words manslaughter—which includes willful negligence—can also bar someone from cashing in on a policy. It needn’t be blatant murder.

Other states have felt the need to get more specific by initiating “slayer statutes,” which further codify bans on profiting from spousal death. Other states have insurance-related codes; Long cites this one from Texas:

The interest of a beneficiary in a life insurance policy or contract heretofore or hereafter issued shall be forfeited when the beneficiary is the principal or an accomplice in willfully bringing about the death of the insured. When such is the case, the nearest relative of the insured shall receive said insurance.

When Insurance Companies are Liable

Some state courts have recognized that there are times when an insurer should be aware when something fishy is going on—when a person named as the beneficiary had no “insurable interest” in the insured.

New York lawyer Norman L. Tolle, who represents health and life insurance carriers, and has written on the subject of insurance-related murder and the obligations insurers have to be on the lookout for shady behavior.

In this article, Tolle notes an important case, Liberty National Life Insurance Co. v. Weldon, in which the Alabama Supreme Court held that insurers have a responsibility to “use reasonable care not to create a situation which may prove to be a stimulus for murder.”

The 1957 case involved the murder of a 2-year-old by her aunt, who had been named a beneficiary on a life insurance policy for the child despite having no role in the child’s upbringing. The father of the child sued the insurer for failing to exercise “reasonable diligence” in ensuring the aunt had an insurable interest in her niece’s life.

Here’s what the court found:

It has long been recognized by this court and practically all courts in this country that an insured is placed in a position of extreme danger where a policy of insurance is issued on his life in favor of a beneficiary who has no insurable interest. . . . Where this court has found that such policies are unreasonably dangerous to the insured because of the risk of murder and for this reason has declared such policies void, it would be an anomaly to hold that insurance companies have no duty to use reasonable care not to create a situation which may prove to be a stimulus for murder.

In this case, the company didn’t even bother to notify the child’s parents that the aunt was taking out an insurance policy of their daughter. The parents found out about the policy only after the death of their child.

Even with extreme vigilance on the part of insurers and the insured, there will always be stories about people killing in order to, um, expedite their beneficiary status. Where there’s greed and opportunity, there are ripe conditions for insurance murder.

CourtTV is counting on it.

Centers for Disease Control and Prevention Report
I have a paid life insurance policy but have lost the policy. How do I go about getting a copy of my...
How do I insure myself to drive any vehicle?
Loss Adjustment Expenses