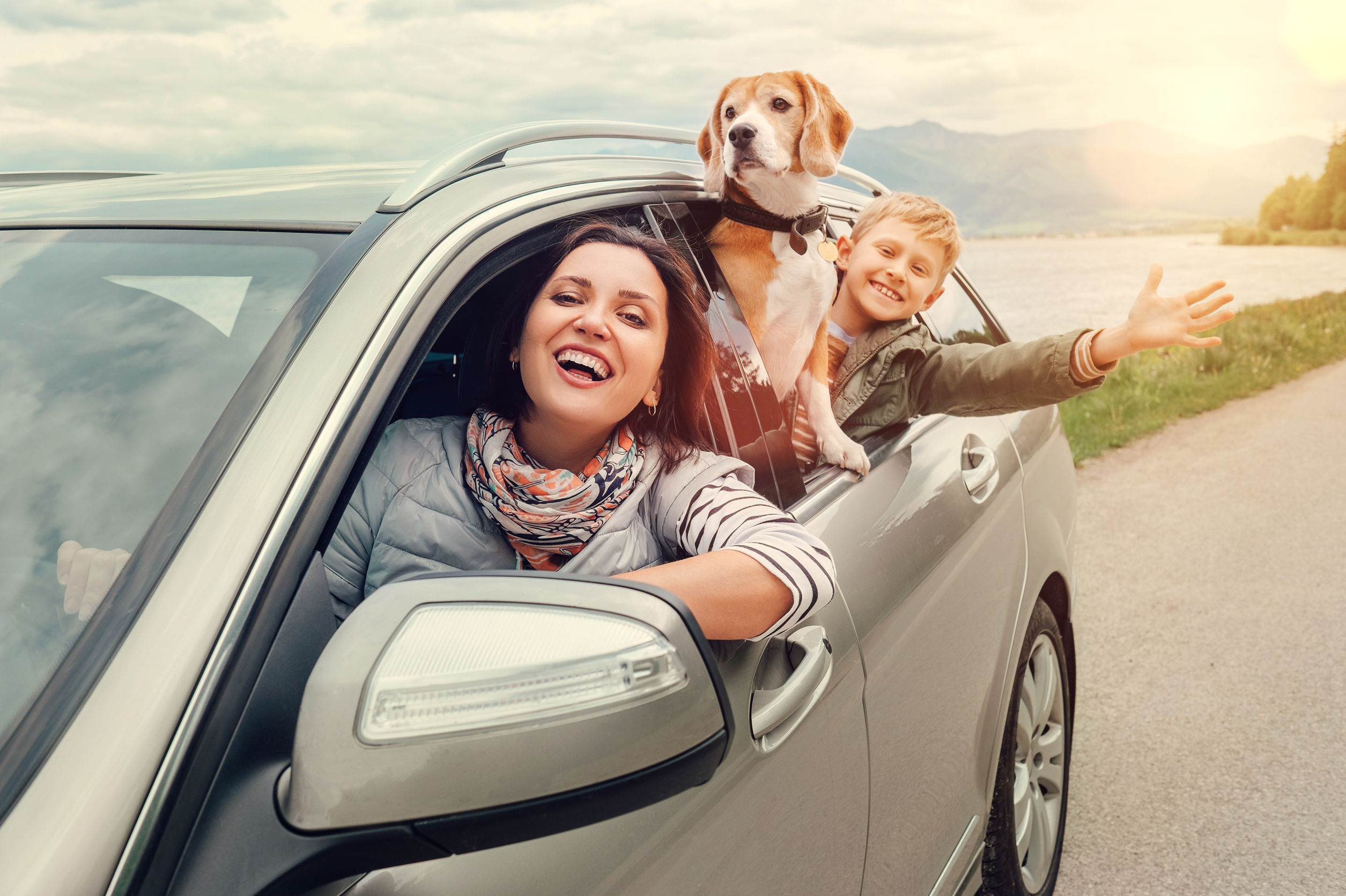 Back in June 1999, Stephen King was almost killed during a daily walk near his summer house in western Maine. As King describes in his memoir “On Writing,” a distracted driver had reached into the backseat of his van, trying to push his Rottweiler away from a cooler containing meat. The out-of-control van struck the famous writer head-on.

Four out of five drivers take their pets along for the ride, according to survey results released in August 2010 by the AAA Foundation for Traffic Safety. Yet only 17 percent of these drivers use any form of pet safety restraint inside their vehicles.

When it comes to auto insurance, a distracted driving accident can cause premiums to spike. Some auto insurers may even refuse to renew coverage.

Moreover, if your pet is injured in a crash, car insurance might not cover pricey vet bills. While Progressive’s collision coverage pays up to $1,000 for pet injuries, most auto insurance policies will not cover pet medical expenses. A separate pet health insurance policy is one way to cover the cost.

Pet distractions that cause accidents

Dogs can create dangerous distractions by barking, scratching and making sudden movements like sticking their heads out of car windows. Younger dogs and puppies are prone to motion sickness, while larger dogs can block the driver’s line of sight.

Fifty-nine percent of participants in the AAA Foundation for Traffic Safety survey acknowledged they engaged in at least one distracting action while driving with their pooches. Common diversions include:

Unrestrained pets result in more than 30,000 auto accidents per year in the United States, as reported on the website of Paws to Click, a movement that promotes safe pet travel. That statistic translates to a loose pet causing an accident every 18 minutes.

The AAA Foundation for Traffic Safety survey found that the chance of being in a car crash doubles after just two seconds of driver inattention.

According to a 2009 report by the Connecticut Office of Legislative Research, Hawaii is the only U.S. state that explicitly bans vehicle operators from:

The impact of a collision can launch an unsecured canine like a projectile inside a vehicle. Larger dogs can inflict grave injuries on human passengers, crushing bones and damaging internal organs.

Another little-known risk is that front airbags deployed during a crash can kill pets sitting up front. AAA Foundation for Traffic Safety survey results show that 26 percent of drivers have their dogs on the front seat.

After a crash, unrestrained pets can attack or otherwise impede emergency medical personnel from reaching critically injured persons trapped inside an automobile. Dogs thrown out of vehicles after a collision are shocked and disoriented. Some attack passersby, while others stumble in a daze on the road, causing other accidents.

The AAA Foundation for Traffic Safety survey identified vehicle safety devices preferred by the 17 percent of drivers who use pet-restraint systems.

Endorsed by the national Bark Buckle UP campaign, pet seat belts are the No. 1 pet safety product. They constrain dogs from distracting the driver and protect pets from being thrown after a collision.

3 thoughts on “Pet passengers may raise your auto insurance premium”