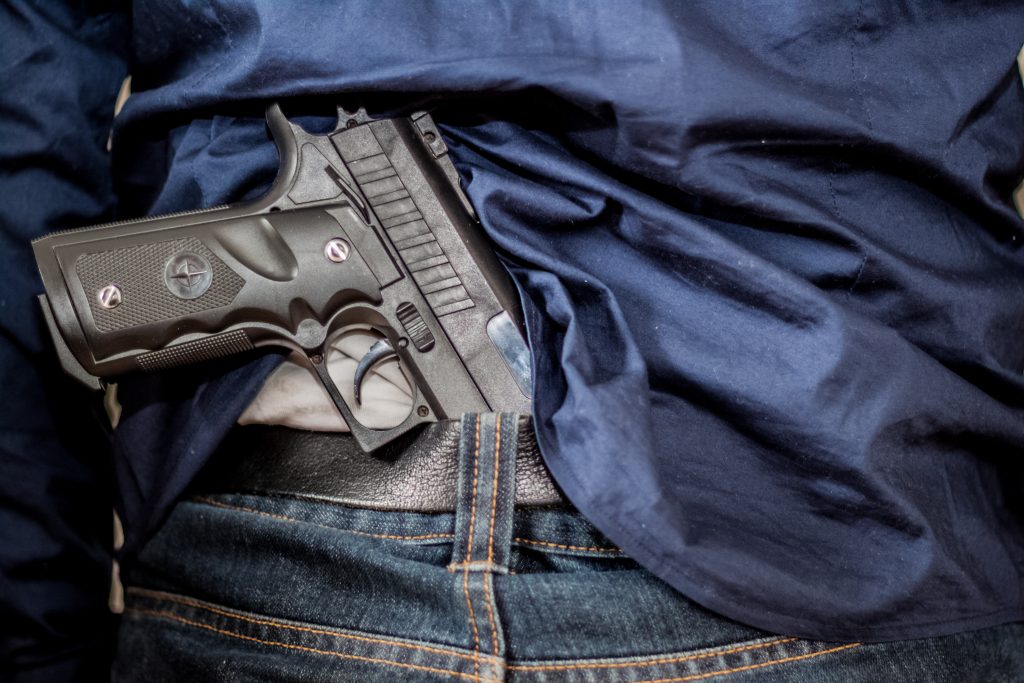 Earlier this year, a lawmaker from Illinois caused a ruckus among the NRA crowd when he proposed legislation that would force gun owners to buy a liability insurance.

Here’s a excerpt from the bill (which is currently tabled):

Provides that any person who owns a firearm in this State shall maintain a policy of liability insurance in the amount of at least $1,000,000 specifically covering any damages resulting from negligent or willful acts involving the use of such firearm while it is owned by such person. Provides that a person shall be deemed the owner of a firearm after the firearm is lost or stolen until such loss or theft is reported to the police department or sheriff of the jurisdiction in which the owner resides.

The reaction among gun owners was swift and hostile, their rage fanned by Fox News firebrand Glenn Beck, who saw the proposal, as he seems to see most things, as further evidence of a creeping socialism. The bill, Beck maintains, is simply a sly way to curtail gun ownership by making it prohibitively expensive.

Rep. Dunkin is not the first to float the idea of gun liability insurance. Legal experts and policymakers have considered the idea as a way to compensate innocent victims of gun-related accidents and violence, many of whom are killed or injured by stolen guns. In such cases where the gun was stolen, the original owner is typically not liable unless the weapon was stolen through negligence on the part of the owner.

“For some dangerous instruments, society imposes liability without fault — that is, the person who keeps or uses the item is liable for injuries to others even if he or she is as careful as can be,” says Bell. “For example, those who own and use explosives in this country are generally liable for all the injuries they cause, regardless of their level of care. Such an approach recognizes that, while the activity may be lawful and to some extent necessary, those who engage in the activity should pay for the carnage the activity almost inevitably produces.”

In such a context, a gun owner would be liable even if a thief stole her gun and shot someone.

“Not only does this mean that those who are injured are more likely to receive some recompense for their injury. It also serves as an incentive to conduct the activity as safely as possible and only when necessary,” says Bell.

In other words, a liability-without-fault law envisioned by Ball would put gun owners on notice: If you must own a gun, be prepared to ‘own’ everything that comes with it.

Protecting Fido: New safety standards for dog car harnesses
Personal Lines
You have insurance, but the person who hit you didn't -- now what?
'Hidden' health care costs can sneak up on patients, study says