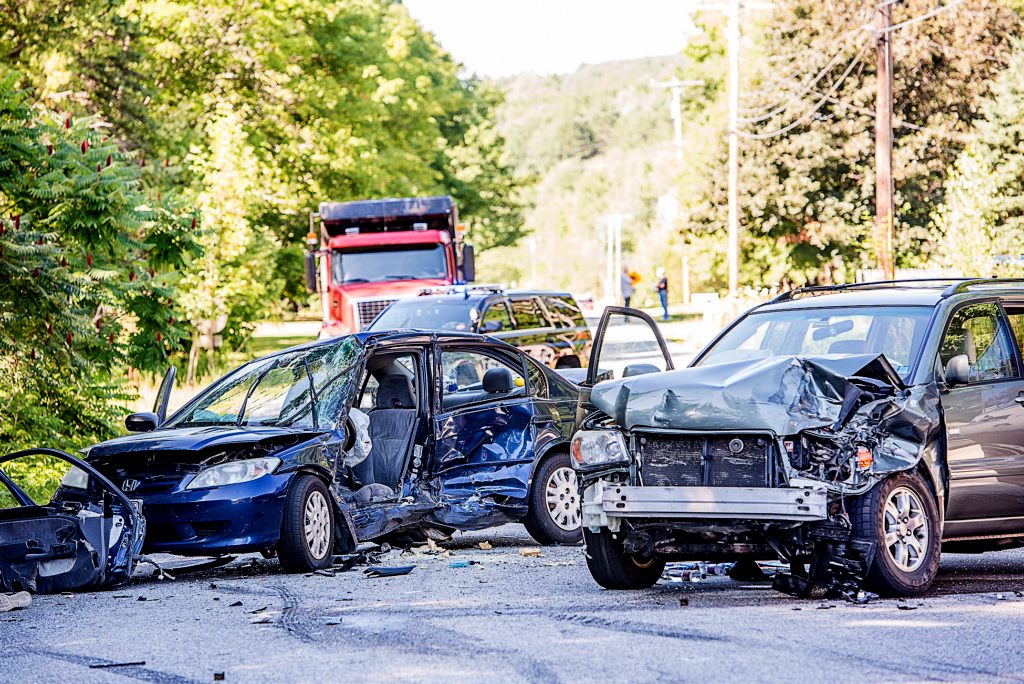 Let’s say you are backing out of a parking space in your 2003 Honda Pilot SUV, and you accidentally back into another car. Or, you’re driving your 2003 Chrysler Pacifica into a gas station, and you accidentally graze a low pole you did not see. Or, you are accelerating after coming to a complete stop, in your 2003 model Infiniti FX35 or your Cadillac SRX, when another vehicle slams into you. What do each of these accidents have in common? They each involve midsize SUVs that sustained major bumper damage at low speeds.

It may come as a shock to learn that these seemingly minor fender benders can result in repair costs as high as $2,814!

According to advertising, SUVs are tough and rugged—but the truth is, few have bumpers designed to withstand even a minor bump in a low-speed collision. Eight of nine 2003 midsize SUVs earned poor or marginal ratings for bumper performance in 5 mph crash tests conducted by the Insurance Institute for Highway Safety.

The Institute’s series of four bumper tests includes front- and rear-into-flat-barrier plus front-into-angle-barrier and rear-into-pole impacts. These tests assess how well bumpers prevent damage in 5 mph impacts which simulate the fender bender collisions common in commuter traffic and parking lots. A good bumper system absorbs the energy of these minor impacts and protects expensive body panels, headlamp systems, and other components from damage.

Most of the vehicles tested sustained major damage in minor collisions at a fast walking speed. Average damage per test ranged from about $400 for the Pilot to more than $1,600 for the Sorento and SRX. Of the 33 current midsize SUVs the Institute has tested for bumper performance, 23 are rated poor, 6 are rated marginal, and 4 are acceptable. None of those tested are rated good.

Three of the poor performers had the largest damage costs in the rear-into-pole test. The rear bumpers on the Chrysler Pacifica, Cadillac SRX and Kia Sorento were not robust enough to protect the vehicles’ body parts and sheet metal from damage. Repair costs in the pole test were about $2,200 for the Sorento and more than $2,800 each for the Pacifica and the SRX. In each case, the tailgate was crushed and needed to be replaced.

The Sorento and SRX were the worst performers overall: Damage to these two vehicles totaled more than $6,500 in all four tests. Even in the front- and rear-into-flat-barrier tests, the least demanding of the tests due to crash energy disbursement across the entire bumper, the Kia had repair bills of more than $1,000.

Infiniti FX35 and Toyota 4Runner also rated poor. After the front-corner test on the Infiniti, more than $2,000 damage was calculated—much of it under the bumper cover. The bumper bar was cracked and bent, the radiator support was broken, and the headlamp assembly needed replacement. In the same test on the 4Runner, the right fender buckled and the headlamp was crushed, partly because the bumper is too short and leaves the corners of the front end unprotected.

The Honda Pilot was the only SUV tested that had acceptable bumper ratings, according to the Insurance Institute. The Pilot is equipped with bumpers that did a reasonable job of preventing damage to the vehicle.

Many other vehicles have bumpers providing inadequate protection. Of course, when auto insurers set insurance premiums, they must take into consideration the high risk of expensive bodywork for minor accidents. These costs get passed along to consumers in their auto insurance premiums.

“It’s not difficult or expensive to build a decent bumper,” says Adrian Lund, the Institute’s chief operating officer. “The Honda bumper system isn’t great, but it’s the best of a sorry lot. It shows that manufacturers can build SUVs with bumper systems that prevent costly damage in a minor collision.”

How do I know how much life insurance to get?
California program helps low-income drivers get auto insurance
Appraiser
General Liability Insurance