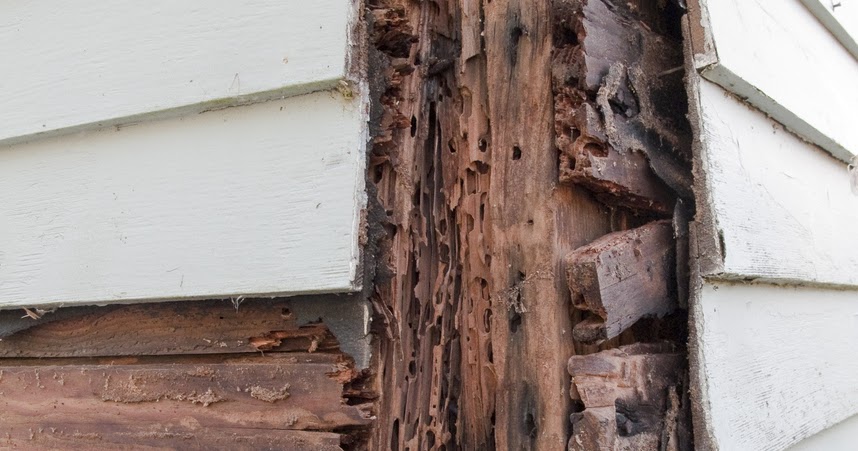 As the weather heats up this spring and summer, millions of homeowners face the unpleasant risk of termite damage to their homes.

These unwelcome guests cause an estimated $5 billion in damages in the United States every year, according to the National Pest Management Association (NPMA). 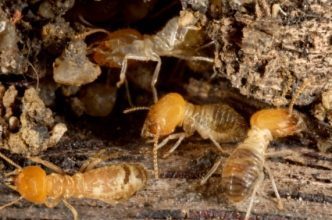 Missy Henriksen, spokeswoman for the NPMA, says termites are “silent destroyers” whose damage easily can go undetected for long periods of time.

“They can be feasting 24/7,” she says. “Oftentimes, homeowners are not aware of the damage that is being caused.”

Homeowners in states with warmer weather — such as California or Florida — are most vulnerable to termite infestation. Three types of termites are especially likely to cause damage homes in the U.S., according to the NPMA. They are:

Termites love the cellulose in wood, and are notorious for eating through structural support beams and other wood features of a home. But they also will eat paper, and can damage wallpaper or libraries of books, Henriksen says.

The Environmental Protection Agency (EPA) estimates that termites cause an average of $2,500 in damages to each home they infest. But Henriksen says damage amounts depend on the level of infestation and how soon the problem is detected and treated.

“It can be anywhere from a couple of hundred dollars to $10,000,” Henriksen says.

Standard home insurance policies do not provide coverage for termite damage. That’s because homeowners have a responsibility to maintain their own homes, says Lynne McChristian, Florida representative for the Insurance Information Institute.

“Termite control is considered part of a home’s maintenance,” she says. “Damage from termites is considered something that is preventable.”

By contrast, termite damage happens over a long period of time and can be stopped by proper vigilance.

“Termite damage can be avoided with periodic inspections and treatment,” she says.

How to prevent termite damage

Termites typically become most visible when they swarm in the early spring.

Other signs of termite infestation include tubes of mud on the exterior of the home, or darkening or blistering of wood structures.

McChristian recommends performing a thorough visual inspection of your property at least once a year.

McChristian also urges people shopping for a new home to be on their guard for signs of termite damage.

“If you are purchasing a property, you’ll want to have it thoroughly inspected,” she says.

Termite damage sometimes is hard to detect. For that reason, homeowners often are better off calling on the help of experts, Patrick says.

“A regular home inspection by a licensed pest control company is the best defense,” she says.

All pest control companies that treat termite infestations must be licensed by your state, according to the EPA. Ask to see the company’s license. If anything seems amiss, call your state’s pesticide regulatory agency.

Once an infestation is discovered, the pest control company likely will use a liquid pesticide known as a termiticide to kill the termites. This may be injected near the foundation and within foundation walls. Special tools often are necessary when implementing these measures.

Termite baits – which are made of cellulose and contain a slow-acting insecticide – also may be used.

The EPA tests and approves all pesticides used to treat termites. The EPA urges homeowners to read the label of the pesticide that will be used in treatment of the home. The label should state how the pesticide is to be used, and describe any potential risks associated with the treatment.

Homeowners also should ask the pest control company representative when it will be safe to enter the home following treatment.

Many pest control companies offer extended services in which for a fee, they will return to your home periodically to check for termite damage and treat any infestations, Patrick says.

What type of insurance do I need if I am renting out my house?
Net Premiums Written
Auto Insurance Basics That Save
PIP and No-Fault Auto Insurance Reform