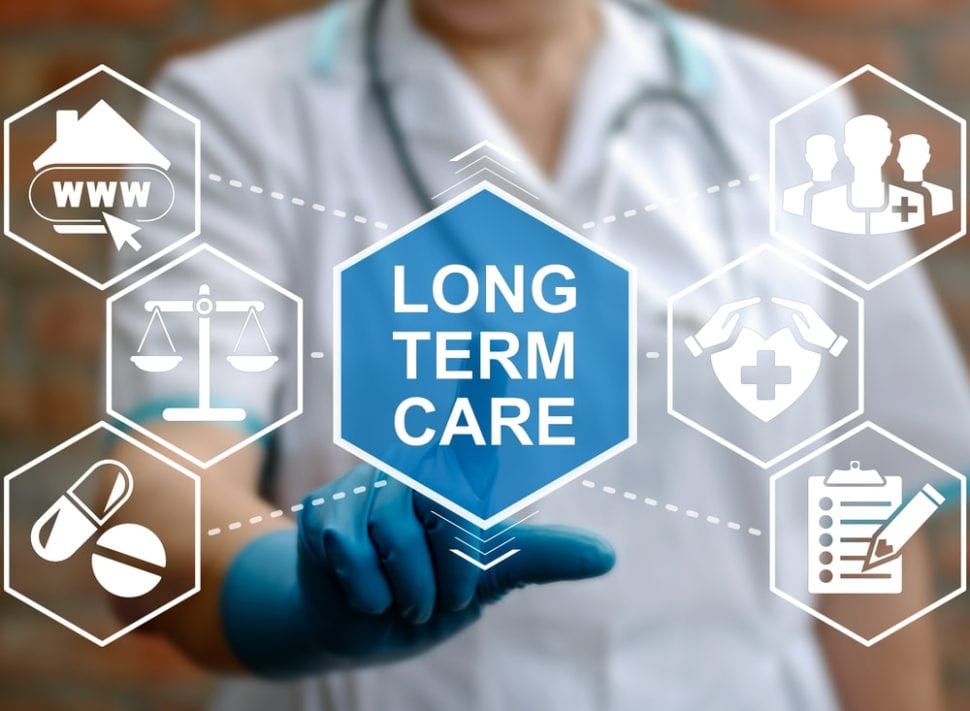 Long-term care often is a budget buster for individuals and insurance companies. Expenses accumulate daily and may go on for years, even decades. Many people do not carry long-term care insurance at all, and those who do frequently contend with lifetime coverage limits or time interval limits (often three years) just to be able to afford the premiums.

When long-term care coverage runs dry, out-of-pocket costs begin to pile up. Retirement savings and personal assets get eaten up, until Medicaid finally kicks in. But there’s another route, if you plan ahead and happen to live in the right state: buying a long-term care partnership plan.

If you’re concerned about the cost of long-term care insurance, you’re probably also concerned about outliving your coverage. Medicaid offers long-term care. But you may have too many assets to qualify. In other words, you might find yourself too poor to afford care after your insurance runs out — and too “rich” for Medicaid.

Enrolling in a state-administered long-term care partnership program can be a solution. Such programs allow people who have exhausted their long-term care benefits to get Medicaid coverage — even if they have too many assets to technically qualify for Medicaid.

To enroll in this partnership program, an individual must seek out a partnership-qualified policy when buying private long-term care insurance. There is no extra cost for these programs, according to long-term care broker LTC Tree, although you will need to buy inflation protection.

Long-term care partnership programs hinge on “asset-disregard,” which allows participants to enroll in Medicaid’s long-term care program without using their personal assets first. The asset-disregard benefit is equal to the amount of private long-term care insurance the person originally purchased, indexed for inflation, according to the U.S. Department of Health and Human Services.

In other words, if a person has exhausted $200,000 in long-term care coverage benefits, he or she may keep up to $200,000 in personal assets, in addition to the limit already allowed by Medicaid, and then enroll in Medicaid’s long-term care program. Along with much-needed public assistance, partnership programs are designed to encourage people to buy long-term care insurance policies.

The first states to offer partnership programs were California, Connecticut, Indiana and New York, according to the American Association of Long-Term Care Insurance. Now, only a handful of states, including Alaska, Hawaii and Michigan, do not have partnership plans available. Eligibility requirements and benefit exclusions vary from state to state — some states, for example, may not honor partnership plans written in other states.

As people continue to live longer, long-term care is expected to become more common and more expensive. The number of people worldwide with dementia, for example, is expected to double every 20 years from 35 million in 2010 to 65.7 million in 2030, according to Alzheimer’s Disease International.

Roughly one in 20 of those about to turn 65 can expect to spend $100,000 or more in out-of-pocket expenses, according to “Long-Term Care Over An Uncertain Future: What Can Current Retirees Expect?”, a study that appeared in the winter 2005-06 issue of medical journal Inquiry.

Health care reform did, however, provide new coverage assistance for long-term care. The Community Living Assistance Services and Supports (CLASS) Act, one of the lesser-known parts of the health reform law, is the first national long-term care insurance coverage program. It’s available to most workers and self-employed individuals, though not retirees. Working individuals can have premiums deducted from their paychecks. If they end up needing long-term care, the payouts can be used for housing modifications, maid services and transportation — expenses not covered by most health insurance plans. What’s more, individuals cannot be excluded because of health issues.